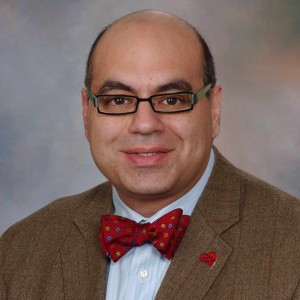 Member has chosen to not make this information public.

I have always found branded accounts to be problematic, in that there is an intrinsic, and frankly perceived, lack of transparency, given the lack of absolute accountability inherent in a managed presence online. I agree with David's concerns, but would share some sense of disquiet on behalf of the recipient, and the perceived authenticity of the content.

Fundamentally, I agree with the concept outlined in the commentary provided in the thread. Expertise has become a difficult concept, from a societal perspective, as we have seen a transition to crowd source definitions of reference as opposed to individual ones. One need only draw attention to the demise of the grammar reference books that many of us grew up with, or the loss of publication ombudsman at almost all newspapers of record, to see the impact and transition.

With that as a preface, I would note that from an individual provider's perspective the expertise that I seek is not in pathophysiology nor in particular therapeutic modality choices, rather, the expertise that I seek is the true lived experienced of those who have suffered with a malady, reflecting challenges and opportunities that I as a clinician will never face nor see. Truly informing my perspective by understanding more aptly this lived life experience is a level of expertise that I can never achieve and that I am desperate to gain.

Dec 14, 2018 · Message in a Bottle? What Lost Rubber Ducks in the Ocean Can Teach Us About Patient Care 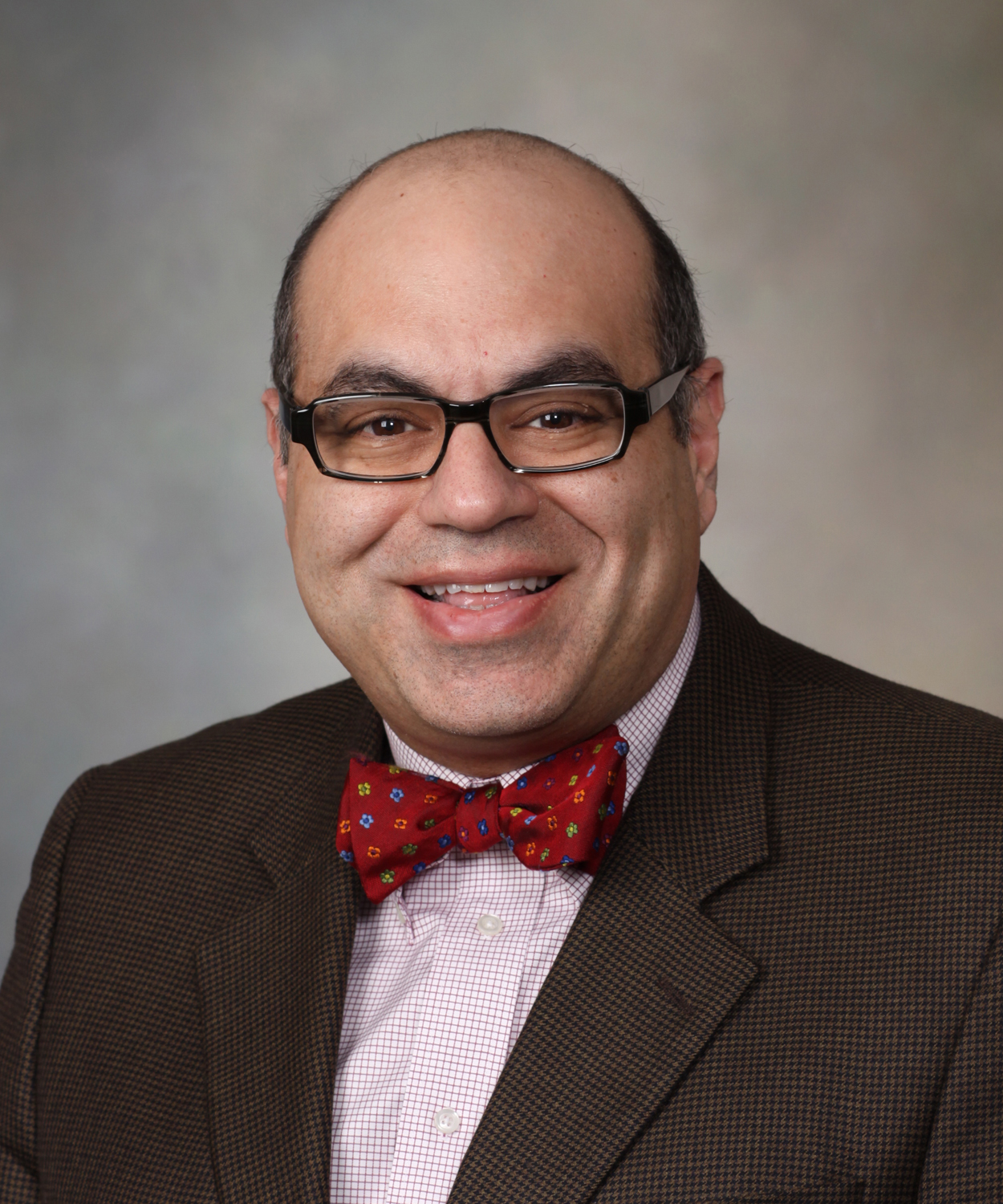 The Experts by Experience series features columns—Knowledge Translation–by guest authors who underscore the need for building an engaging, collaborative health care culture. Knowledge Translation columnists include health care leaders, clinicians, researchers, and marketing and communication professionals who translate the importance of integrating first-hand experiences of patients and caregivers, in ways that are meaningful and relevant, to engage and expand the dialogue on patient experience.

Over a quarter of a century ago, a toy company placed an order with a manufacturer in China for a shipment of bathtub toys. There were four toys in the “Friendly Floatees” family—red beavers, green frogs, blue turtles and yellow ducks. The container ship carrying the order left Hong Kong in January 1992, en route to Tacoma, WA. On January 29th, during a fierce storm in the North Pacific Ocean, twelve 40-foot containers—two of which held 29,000 Friendly Floatees—washed overboard.

Shortly after the containers went in, they broke apart, and the Friendly Floatees were adrift, floating in the cold waters of the Pacific.

The Friendly Floatees were caught in a large ocean whirl, the Subpolar Gyre, which is a marine gyre roughly the size of Texas in a constant slow spin. Often, debris can be caught in this gyre for up 50 years, trapped in a large, slow rotation. Fortunately for the fearless Friendly Floatees, they were able to break free of the gyre, and roughly 10 months later, they started to wash up on the shores of North America, initially in Sitka, AK. The vast majority of the Floatees then re-circulated in a massive counter-clockwise loop, a journey taking over three years, circling from Alaska in a large loop to Japan, then past the initial site where they were washed overboard, then back again to Alaska.

In 2000, eight years after their journey started, Floatees began to pop up on the eastern seaboard, from Maine to Massachusetts. And in 2007, Penny Harris, a retired school teacher, found the first trans-Atlantic Friendly Floatee, a yellow duck, on Devon Beach in the United Kingdom.

This charming tale should have ended at this point, if not for an oceanographer named Curtis Ebbesmeyer. Curtis was an oceanographer, studying the movement of buoys he would drop in the ocean. His mother had heard of the trip that the Floatees had taken, and asked her son, “Isn’t that what you do?” encouraging him to think outside of the box and start collecting careful records of where and when the toys were discovered.

Using this data, meticulously mapping the course and trajectory of each of the Friendly Floatees and their landing sites and dates, he built a current flow model that resulted in the development of OSCURS, the Ocean Surface Current Simulations. OSCURS now allows oceanographers and fisheries to perform daily analyses of ocean currents in the Pacific—it has become the standard for ocean current simulations.

All this, from carefully observing the trajectory of rubber bathtub toys!

My intent here is not to compare bath toys to patients. Instead, I would remind you of the real learning value for physicians in truly listening to the real-life trajectory that patients take. Too often in medicine, we interact with patients at discrete points in their journey, as they move from illness to recovery. As a result, we often do not understand the entirety of that path, seeing isolated snapshots in a much more complex story. Only by viewing and sharing in the breadth of the patients, each traveling their own path, can we begin to understand the challenges they face and the learnings they make.

From a practical standpoint, healthcare professionals should view social media as a population-based tool that adds a one-to-many channel to the one-to-one engagement that occurs in the exam room. Consider exploring an online disease-focused community, or a Twitter chat, that is relevant to your practice, to better understand a patient’s challenges and insights. Sharing content is best viewed not as a broadcast channel, but rather, as an opportunity to create or curate valuable content to patients in a platform that allows this content to be shared regardless of time or space confines. By doing so, you extend that conversation to those who may not be able to participate.

Fundamentally, remember to focus on the tapestry that is woven by the patient stories, for there is more to be learned in listening than in talking.

Experts by Experience is a collaboration between Inspire and Mayo Clinic Connect, online support communities for patients and caregivers. By sharing their stories, patients and caregivers awaken, inform, and strengthen the capacity to partner in their care. The stories also help clinicians and non-medical professionals in health care implement patient-informed practices in their interactions and communications, by uncovering opportunities for quality improvement. The series showcases the value of shared experiences and features contributors from around the globe.

About the author: Dr. Farris Timimi, M.D. is a cardiologist at Mayo Clinic in Rochester, Minnesota. Dr. Timimi serves as Program Director for the Advanced Heart Failure Transplant Cardiology fellowship program, and as enterprise medical director for the Mayo Clinic Center for Social Media, with focus on the application of health care social media to domains of medical research, education and medical practice. You can find him on Twitter at @FarrisTimimi.

*Note from the Editor

The holiday season is a good time to pause and reflect, and I want to take a moment to say thank you to all our readers, supporters and contributors for making Experts by Experience a resounding success in more ways than one.

Although this is the last article for 2018, we will continue to work on more stories for 2019–stories that will help strengthen connections, encourage empathy and build mutual respect on all sides of health care. We wish you a very happy holiday season and look forward to seeing you in the new year.

Agree-we should chat-I suspect that there is both interest and opportunity to do so.

There truly are limited share features built into Doximity-in large part limited to news. You can like, share or comment on medical news stories that are posted by Doximity-these stories are selected to reflect your individual clinical interests, but the capacity to share stories of your own choosing is not available. This is separate from Doximity’s residency navigator, which will allow some content to be shared by Program Directors for training programs or their education coordinators. I will share, Darcy, that the majority of programs do a poor job in building their residency navigator site correctly–that would be the opportunity for your medical school, to attract trainees more effectively. There are issues with the many of the alumni comments not being populated, alumni maps are often incomplete and there are often few resident comments–those are the issues I would focus on.

Actually, that is an excellent question that highlights an operational need that many institutions seem reluctant to invest in. We have always followed the precept that any enterprise level role reflects the investment of a provider/administrator partnership. The primary value that I bring to the table (and @LeeAase, please do feel free to weigh in), is the ability to articulate to the health care providers the value of participation in a fashion that resonates with them, as I “speak their language” and the capacity to visualize and hopefully identify opportunities that are clinical, to apply social media tools to outcomes of education, practice and research.

I think it is critical to engage providers at multiple levels. This clearly includes communication and marketing, as this is germane for goals of demand generation, but the truth is that long-term engagement and application of these tools (which is the real operational goal, i.e., our capacity to truly access our “human bandwidth”) can only be achieved if goals that are relevant to other domains, namely clinical, research and education, are also articulated.

Frankly, this becomes very difficult without a healthcare provider at the operational table.

Please do-and let me know if I can be of help.

May 29, 2015 · Physician Reputation Management through Doximity

Please feel free to do so!