Member has chosen to not make this information public.

I like the layout but the huge orange block burns my eyes! (I'm all for palettes that aren't a single color, but this one begs to be an accent, I think. :-))

Importantly, on iPhone it quickly scrolls out of the way so it's less of an issue.

The home page on mobile seems a bit sparse, though of course the hamburger quickly opens the kingdom. 🙂 (Personally I find the process of optimizing one site for mobile and desktop to be IMPOSSIBLE, so kudos!)

Does Mayo ever let anyone anywhere see any of the data about patients?

Agreed, @BrettBerhoff. (How come your name here is @network????)

As I say in the intro to some speeches, curing Stage IV kidney cancer is complicated, but having a consistent identity is not. 🙂

Oct 13, 2017 · Blogging Gives Patients Freedom of the Press— and That’s Freedom to Be Heard 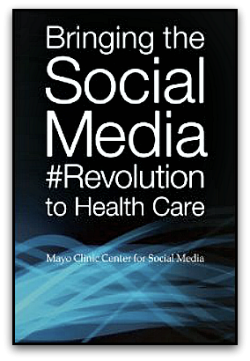 American journalist A. J. Liebling famously said, “Freedom of the press is guaranteed only to those who own one.” Blogging gives you one.

It’s not just a happy metaphor, either. A generation ago the only way to get your thoughts to a wider audience was through broadcast or print, and the only way to do that was with big capital equipment. To be heard, you had to go through people who had that capital. They had to bless your words, or you couldn’t get at their equipment. With a blog, the only resource you need is computer access. Profound. Not only do you not need permission: you can say anything you want.

Blogs are free and public. They sprinkle ideas like seeds in soil: some never take root, but some do and sprout, and some of those sprouts grow tall. Some get noticed and some don’t, but that doesn’t hold you back: you can express whatever you want.

Consider what happened to me.

I started a blog because I’d beaten a usually fatal cancer. (Good enough.) I wrote whatever I felt like, ranging from thanking my doctors to ranting about statistics and touting my hobby (barbershop singing). Then I got interested in health care and wrote about that but not that much.

But in 2009, I wrote about my medical records, and in less than a month it bent federal policy. I’d discovered my insurance billing history was a mess, and unbeknownst to me, the post stomped in a mud puddle of policy being discussed in Washington. Twelve days later it was on the front page of the newspaper. Pretty soon the proposed policy was ditched—because of one middle-aged guy from New Hampshire, in a recliner New Hampshire just writing what he was thinking.

I didn’t even try to do this, but blogging generated invitations to federal policy meetings, and invitations to speak at conferences to doctors, patients, and policy people. Who knew?

Perhaps you’re like Amy Tenderich of DiabetesMine, who simply wanted to connect with others to discuss her condition. Or, you’re like Kelly Young of RAWarrior.com, who started writing about her condition and soon attracted thousands of followers. You might be like Robin Smith and her friends in the Cushing’s community, who discovered each other across vast distances. Each of these patient blogs was started by someone who initially had no idea whether anyone would listen and then discovered that many would—and did.

What’s on your mind that you’d like to express? Even if nobody’s listening? Go for it; someone might.

Dave deBronkart (a.k.a. @ePatientDave) is a Platinum Fellow in the Mayo Clinic Social Media Network.

You may have the content platform and the course MADE of content platform
mixed up due to my clumsy explanation. Anyway, I don’t know hardly
anything about specific MOOCs, and I don’t know how patient stories would
be used this way, unless a course designer picked up some YouTube clips and
wove them in to a course, which is certainly possible.

That phone-typed was clumsy. “Hop” not hoop, and by “less involved platform” I meant that the content development and production requires an order of magnitude less work and probably two orders of magnitude less cost than before.

— @LeeAase I can’t find the video of my Summit talk (2011? 2012?) where I talked about “Social media gave me a platform; traditional media gave me credibility and impact.” It SCARES me when both my website and Google fail me.:-) Help??