An Invisible Illness – Experts by Experience

I was 48 years old when I first encountered serious illness – I was diagnosed with breast cancer. It came as surprise since no one in my family had breast cancer. I needed a mastectomy and underwent six months of chemotherapy – the toughest 6 months in my life! Consequently, I had a severe intestinal reaction which, as I discovered later on, would turn out to be the cause of my gastrointestinal autoimmune disease.

Facing Changes in the Dark

In 2005, after having retired early, we left New York for the sunny retirement paradise, Hilton Head Island in South Carolina. All was fine until late 2008, when I developed severe colitis that lasted for weeks. A biopsy showed autoimmune colitis. Although I was treated successfully, my symptoms returned, with constant abdominal discomfort and intense abdominal pain after eating. The local gastroenterologist seemed unable to deal with my continued distress, but I knew I couldn’t go on living like this. My lifestyle changed – I had to give up activities, tennis, travel, social interactions. It was difficult to explain what was going on, to family and friends, when I didn’t really know myself!

In 2011, I decided to go to Mayo Clinic, and was at once impressed by the planning and efficiency of each visit. I made several follow-up visits over the next 3 to 4 years; some biopsies indicated chronic intestinal inflammation, but no definite diagnosis was made. The only thing I knew was that prednisone, in different forms, made me feel temporarily normal – a brief, wonderful feeling.

By the end of 2014, I was feeling more miserable than ever with the increasing and intense pain I experienced after meals. My local internist referred me to a hospital in Charleston, SC, for a second opinion. Almost immediately, the gastroenterologist found a significant clue, and a CT angiogram confirmed the findings.

The celiac artery, which supplies blood to large parts of the intestines and abdominal organs, is one of the most important arteries in the abdomen.

An abnormal abdominal-pelvic Doppler ultrasound indicated a blockage in the celiac artery, and there was pressure on the artery by a ligament – the median arcuate ligament. The reduced blood flow and increasing pressure was the cause of my intense abdominal pain.

I met with the surgeon, who explained that Median Arcuate Ligament Syndrome (MALS) is very rare. Surgery could release the ligament’s pressure on the celiac artery, but there was no guarantee of success.

I had the surgery in 2015 and my pain disappeared for a while, only to return within a few months. The artery was still deformed; this time a stent was placed. Although the stent is working well, I still have problems with bloating, discomfort and severe fatigue. In follow-up visits at Mayo Clinic, my doctors discussed treatment plans and I decided to try immunosuppressive therapy. I discontinued the medication after a few months, since I was very susceptible to infections, but the resulting remission was very encouraging.

Physically, I am resilient. But living with discomfort 24/7 for so many years has taken its toll, mentally–I call it chronic acute stress. I was mentally tired, and the degree of brain fog frightened me. I have always loved reading, but stopped because I had to focus too much. I tried returning to the tennis courts and just practiced hitting balls – it felt as if I had never played tennis before! I was scared, and felt alone – another consequence of moving to a new town and being absent from social activities for several years.

Practicing medicine today is complicated. Recent research has shown that people like me, who have severe intestinal damage due to chemotherapy, could develop an atypical intestinal autoimmune disease like MALS. My advice to physicians is to never give up on your patient, especially with female patients. It is not “in our heads”, or hormonal or common for “women of a certain age”. Take the time to talk to the patient, go over their history, recommend tests so that nothing is overlooked or missed.

Although It has taken me a long time to get back to normal – a new normal – I am grateful for the care I received from so many excellent and compassionate physicians.

Experts by Experience is a collaboration between  Inspire and Mayo Clinic Connect, online support communities for patients and caregivers. By sharing their stories, patients and caregivers awaken, inform, and strengthen the capacity to partner in their care. The stories also help clinicians and non-medical professionals in health care implement patient-informed practices in their interactions and communications, by uncovering opportunities for quality improvement. The series showcases the value of shared experiences and features contributors from around the globe.

About the Author: Ingegerd Enscoe is a retired pediatrician. She was born in Sweden and attended medical school in Germany where she met her husband, Stuart–an American in the military. After getting married, they moved to Long Island, NY, where she eventually obtained her MD degree and went on to join a large medical practice. Being affiliated with a university hospital, she taught medical students and received the academic title of "Clinical Assistant Professor in Pediatrics" at Cornell University. They have 3 children–two have joined their parents in Hilton Head, SC, where Ingegerd and Stuart retired in 2005. You can often find her on the tennis courts or walking her dogs.

Choose a message to share
Via @MayoClinic: Facing changes in the dark #Mals #ExpertsByExperience
An Invisible Illness – Experts by Experience #Mals
Via @MayoClinic: Finding a new normal after a battling a serious illness: #MCSMN #Chemotherapy
Show More Messages
Meet a remarkable @MayoClinic patient whose comeback from an autoimmune disease is truly inspiring: #ExpertsByExperience
What's it like to have a rare disease that's hard to diagnose? Just ask this @MayoClinic 'expert by experience'. #Chemotherapy #AutoimmuneDiseases #Mals 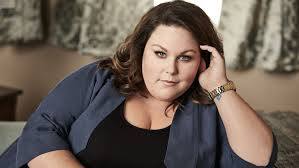