Including Links in the Text of Facebook Article Posts

A few months ago I was wondering whether including the link up in the text of article posts on Facebook yields more clicks. While the article is clickable down below either way, I wondered how many people aren’t aware they can simply click on the image to go to the article. Would they benefit from seeing the link explicitly up in the post text (although it may seem duplicative to experienced social media practitioners)?

I brought this up with several of my teammates, and we decided to do a test. To reduce variability, we chose to do this test on our In The Loop article posts. We conducted an A/B test, where 10 of the stories would get the link up in the post text, and the other 10 would not.

“A” Series Example (Link in Text): 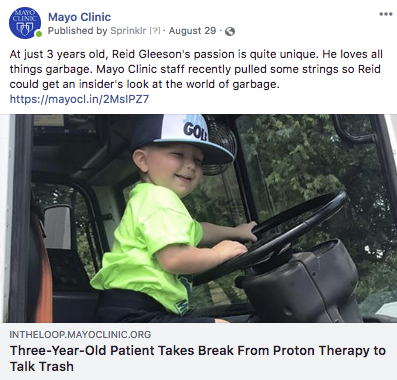 “B” Series Example (No Link in Text): 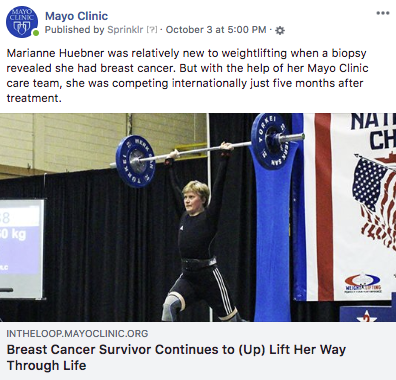 In both of the above two examples, clicking on the image or the gray section below the image would take readers to the story.

Facebook posts in series “A” received 557 link clicks on average, whereas the average post in series “B” received 353 link clicks. Therefore, Facebook article posts with the link in the text received 58% more clicks than those without.

One limitation in this study was the variability in these 20 stories. Most of them told patient stories, but some highlighted employee or volunteer stories, while one shared a media story. Given the variability of these posts, I decided to run the metrics again, but first exclude the posts with the most and least clicks from each series. This left 8 posts in each series. After calculating the numbers again, Facebook posts in series “A” received 506 link clicks on average, whereas those in series “B” received 293 link clicks on average. Once again, the posts with the links in the text received considerably more link clicks.

This was a small scale test to see the merit of including links in the Facebook post text. Despite various limitations of this study, it appears that including the link up in the post text yields more link clicks. I would encourage others to conduct a bigger test, reduce the variables, and share your results.