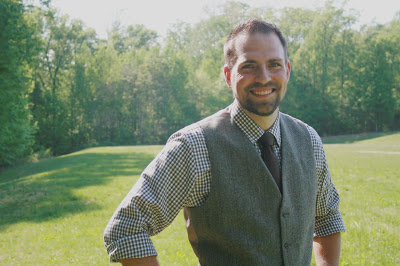 After the customary, “Drop your pants so I can examine you,” the urologist, who I knew for barely five minutes, looked me in the eye and continued, “So I am going to be straight with you. You have testicular cancer.”

Wow! I had ended up in the urologist’s waiting room after detecting a mass on my left testicle during a routine self-exam. Even though I internally suspected this, ever since I first felt the lump and did some research online, it was still very different to hear it from the doctor. Furthermore, I just visited my family care doctor eight days ago—I went from having an “area of concern” to being a cancer patient in just more than a week.

When I tell this story, most people are taken aback by how blunt the urologist was. But, I appreciated how straightforward and frank he was with me—in contrast to my family doctor who, after confirming that there was a lump on my testicle said, “It could be any number of things: a cyst, an infection, or it could be a cancerous mass.” A few days later, despite an ultrasound detecting a solid mass, the same doctor still hesitated to say it was cancer. She prescribed an antibiotic, to rule out the slim chance of it being an infection, and also referred me to the urologist.

Back in the urologist’s office, the visit continued. Based on his brief examination and the ultrasound, he was 99% certain it was cancer. “Is this something I get a second opinion on?” I asked.

“In most cases, I tell my patients to get a second opinion. In your case, we don’t have time,” he replied.

The good news about testicular cancer is that it’s treatable. While 1 in 250 men will develop this cancer, the 5-year survival rate is 95%. The bad news is that it’s very aggressive and can quickly spread to other parts of the body and become more complicated. The doctor said I was smart and caught the symptoms early.

“Surgery. We need to remove your testicle immediately. We can probably get you in tomorrow.”

Double wow! Not only was I a cancer patient, but I was also upgraded to surgery patient! Again, it was refreshing to have such direct answers, but it was a lot for me to process. I said I couldn’t commit to surgery the next day and needed some time to think. He understood but reiterated that I had to move fast.

While I grappled with the prospect of surgery, not to mention losing a testicle, one thought struck me as vital in this journey—the doctor’s direct method of communication. He gave me answers—maybe not what I wanted to hear, but what I believed was necessary.

I encourage all doctors to follow his lead. It amazed me, in the beginning, my cancer was treated as an afterthought rather than a definite possibility. I understand that sometimes it may be better for physicians to understate some conditions like this, rather than get patients worked up only to find out it may not be cancer. However, the inverse could be a life-changing mistake.

I appreciated how direct and frank the urologist was in helping me find answers, and I decided to do the same. I called him back and gave him my answer: I was ready to get the ball rolling on surgery.

Experts by Experience is a collaboration between Inspire and Mayo Clinic Connect, online support communities for patients and caregivers. By sharing their stories, patients and caregivers awaken, inform, and strengthen the capacity to partner in their care. The stories also help clinicians and non-medical professionals in health care implement patient-informed practices in their interactions and communications, by uncovering opportunities for quality improvement. The series showcases the value of shared experiences and features contributors from around the globe.

About the author: Justin Birckbichler is a men’s health activist, testicular cancer survivor, and the founder of aBallsySenseofTumor.com. From the time of his diagnosis in November 2016 at the age of 25, to being cleared and in remission in March 2017, he has been passionate about sharing his story to raise awareness about testicular cancer and to promote open conversation about men's health. Connect with him on Instagram (@aballsysenseoftumor), on Twitter (@absotTC), on Facebook (Facebook.com/aballsysenseoftumor), on YouTube, or via email (justin@aballsysenseoftumor.com).