The slow dissemination of scientific and medical advances is one of the tragedies of modern medicine. People continue to suffer with various diseases, conditions and injuries because discoveries that could help them take so long—researchers estimate 17 years on average—to be translated into practice.

One of our milestone stories in the evolution of social media at Mayo Clinic provides a glimpse of how the networked communications strand in Mayo Clinic's DNA could help shorten that lag time.

It also shows the continuity of media and was an early example of the role Twitter would come to play in traditional media news production. 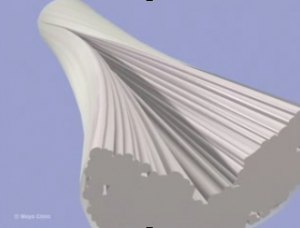 The story started with an accidental discovery by Dr. Richard Berger, a Mayo Clinic orthopedic surgeon and wrist specialist. As he was examining a patient with unexplained wrist pain using an arthroscope he noticed something that didn't look quite right: the ulnotriquetral (UT) ligament was split lengthwise, like a celery stick, and flayed open.

The direction of most ligament tears is perpendicular to the strands, and these crosswise tears often lead to a complete rupture in which the separated ends are clearly visible via magnetic resonance imaging (MRI).

But because of the incomplete separation in the type of injury, Dr. Berger called a UT split tear, readers of MRI images of these injuries hadn't seen anything abnormal. 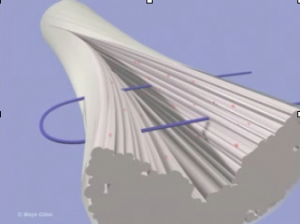 Dr. Berger was able to fix the ligament with stitches and a period of immobilization in a cast, and this set him on a mission to determine the prevalence of this problem. Over the next few years, he examined every patient referred to him with unexplained wrist pain and came to the conclusion that the UT split was about as common as an ACL tear in the knee.

He also developed a manual diagnostic test that was highly sensitive and specific: applying pressure to just the right place on the wrist led to an unambiguous response from patients who had a UT split.

Dr. Berger began using traditional scientific channels to share his research, including presenting at scientific meetings and submitting papers for publication in medical journals. One of those papers even led to a news release I wrote for traditional media in April 2007.

The good news was that 95 percent of patients with a UT split were restored to pain-free wrist mobility after surgery, immobilization, and rehabilitation.

The bad news was that no other treatment could bring relief to these patients. Even worse, most orthopedic specialists still didn't even know this type of injury existed.

Jayson Werth, a professional baseball player whose career had been nearly ended by a wrist injury, had been among the 272 patients studied for Dr. Berger's 2007 journal article. When it was published, Jayson was just resuming his career with a new team, the Philadelphia Phillies. With his permission, we mentioned Jayson's story in our pitches to national media, but we didn't get any major national pick-up.

Eighteen months later, Jayson was the starting outfielder for the Phillies as they won the World Series. We did some media pitching of the story, but in the middle of the historic 2008 Presidential election as well as the economic upheaval of that time, the news hole was very small and we came up empty again.

But a synergistic media symphony that would significantly increase both patient and physician awareness was about to begin.

Our break came when I was scheduled to speak at a conference in Philadelphia in April 2009. The Phillies were in town, and so I called and got media credentials and Jayson's agreement to be interviewed after batting practice. Sitting in the dugout, interviewing Jayson with my Flip video camera and then watching the game from the press box were amazing experiences I recounted on my personal blog.

And of course, we embedded the interview video in a post on Sharing Mayo Clinic, our patient stories blog that had only launched three months earlier.

Six months later, Jayson hit two home runs in the deciding game of the National League Championship Series to send the Phillies to their second straight World Series. This time, we were prepared. We did a post on the Mayo Clinic News Blog (now Mayo Clinic News Network) with the video and a transcript. My media relations colleague Amy Tieder used these resources to successfully pitch USA Today to run a story.

The slight complication was that USA Today needed to interview Jayson to do the story and he wasn't going to be available for the interview until after the World Series was finished.

That complication was a disguised opportunity, though. Knowing we had a story coming out in the largest circulation daily newspaper in the U.S. in about 10 days, we looked for ways to maximize the impact.

First, I took my trusty Flip and recorded and posted a video with Dr. Berger describing the UT split injury and how to diagnose and treat it:

But our best idea was a then-unique suggestion to the USA Today editors: what if we arranged to have Dr. Berger available for an hour on the evening the story ran, along with their reporter, Mary Brophy Marcus, to answer readers' questions on Twitter?

They agreed, and the online edition of the Nov. 12, 2009 story included a sidebar directing readers to that evening's #wristpain Twitter chat.

The following February another movement in this symphony started, as I received a pingback notification from a post by Erin Turner, a young woman who worked at a Washington, DC communications firm. Her blog post began:

When I arrived at the Mayo Clinic in Rochester, Minnesota a few weeks ago, I was asked "Who referred you to us?" My answer was not traditional: "Twitter."

Erin had participated in the #wristpain chat on Nov. 12 and had seen Dr. Berger's video. As she said in this video interview we recorded (again, with the Flip!) when she returned for her follow-up appointment, she had been struggling with wrist pain for about five years. At normal life expectancy, she could have looked forward to this continuing for perhaps six more decades.

Our blog post to support the #wristpain chat had included a list of surgeons Dr. Berger had trained in this procedure as options for getting help, but the combination of the comprehensive information in our post, her interaction with Dr. Berger on Twitter and the rapport she felt from watching his video sealed her decision to see him in Rochester. 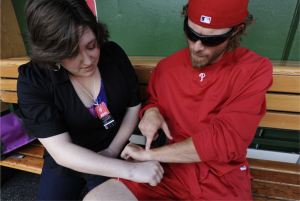 This symphony had yet one more movement. It happened that the Phillies opened their season a couple of weeks later in Washington, DC, where Erin lived. We sent Erin's video to Mary Brophy Marcus and suggested that perhaps a meeting was in order, and so it happened that in early April of 2010, Erin Turner and Jayson Werth sat in the visitors' dugout at Nationals Park and compared surgical scars.

And a USA Today photographer just happened to be there for this story.

This symphony illustrates the continuity of media and the synergy between democratized social media and established, traditional media:

The result: a doubling of UT Split repair procedures from Dr. Berger from 2009 to 2010, and many of his trainees (also listed in our blog post) also were able to help patients. But perhaps most satisfying of all was this email I received from Dr. Berger a few months later: 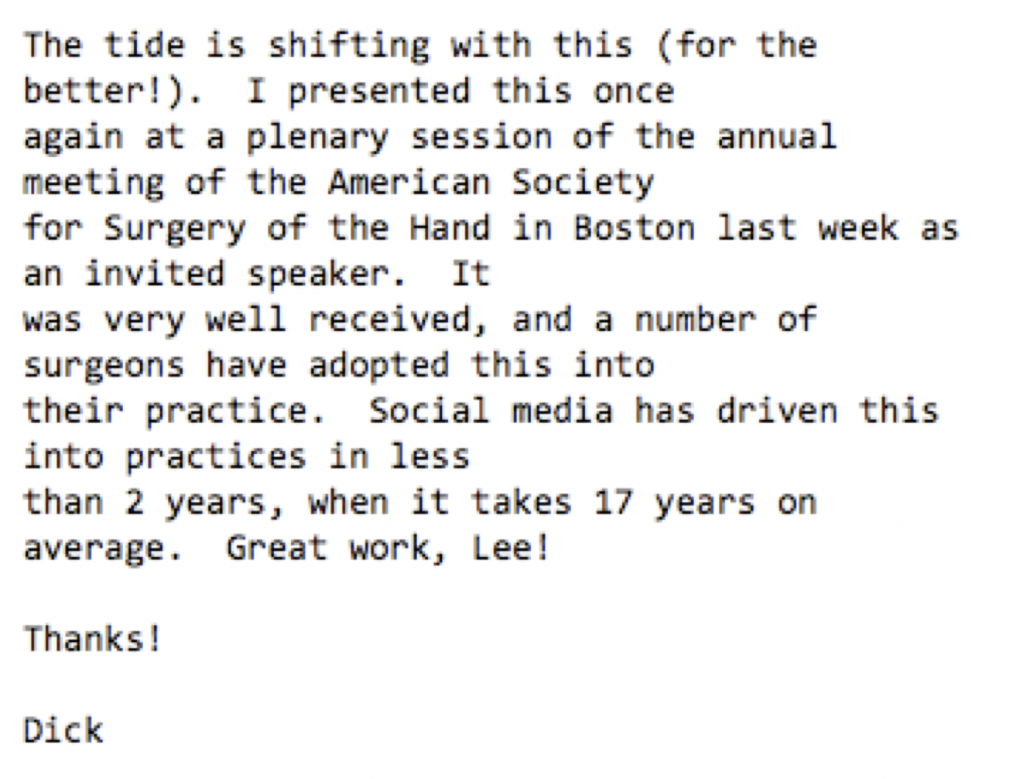 NOTE: This post becomes all the more timely with Jayson Werth's decision to retire, announced last Thursday. He had thought his career might be over back in 2006, before he encountered Dr. Berger. Instead, he had a long and fruitful baseball career that is just now concluding. 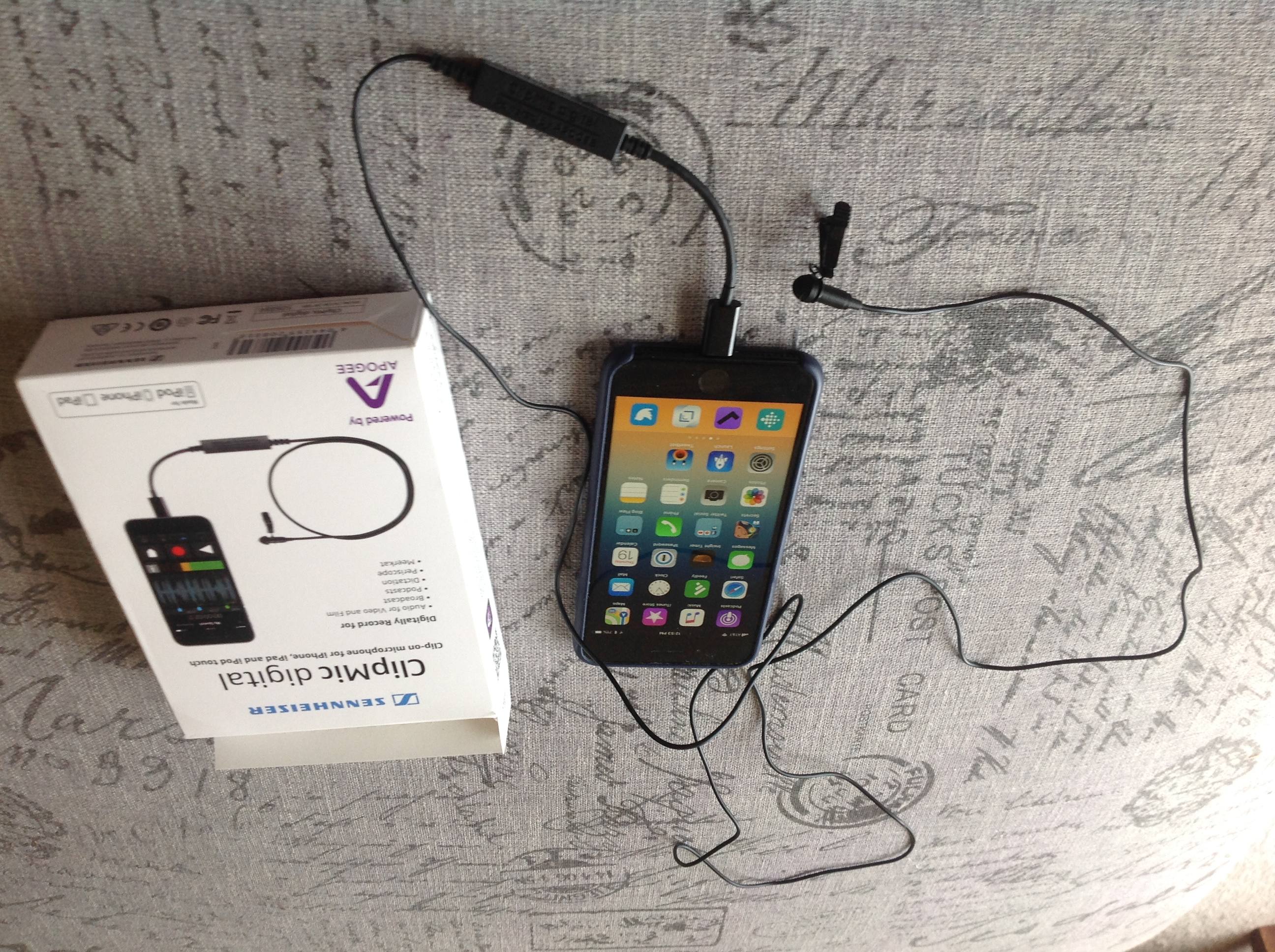 My Flip wasn't even a phone – just a single-purpose video camera with a USB connect. With the advance of phone techology, the Flip was relegated to the boneyard of history.

We definitely should use phone video more, and with just a few really inexpensive add-ons like you mentioned (and also including brackets to enable tripod connections) we can make major quality improvements. 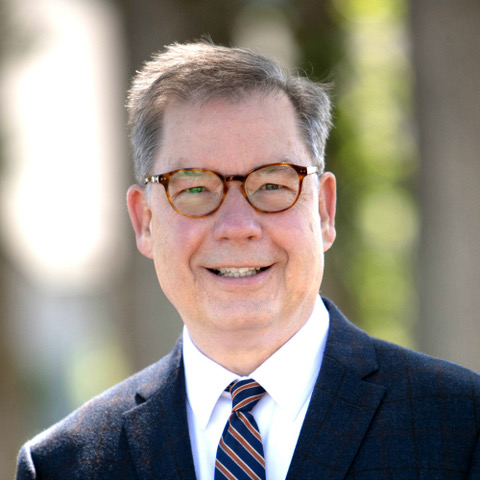 Thanks for the mic tip, @matthewrehrl Do you use a special light?

Yes. sunlight! …. ;0) Seriously, for iphone videos, which are usually meant to be more spontaneous I think the lighting, provided it is adequate, is less impotant than the audio. Also, the mic cord length just seems to be optimum cor capturing facail expressions with enoough background for interest, If you go to my wife's twitter page, @agrehrl – a shot a short video of her at the beach with average light, average background. 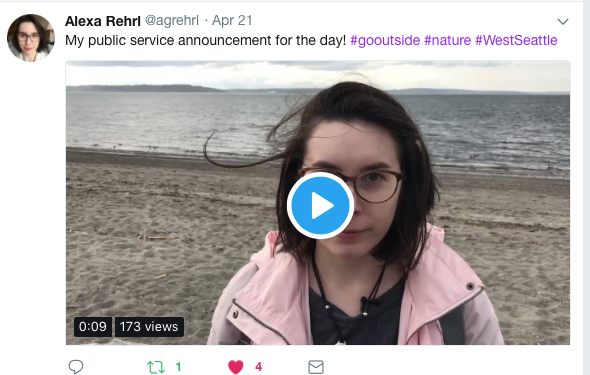 Yes. sunlight! …. ;0) Seriously, for iphone videos, which are usually meant to be more spontaneous I think the lighting, provided it is adequate, is less impotant than the audio. Also, the mic cord length just seems to be optimum cor capturing facail expressions with enoough background for interest, If you go to my wife's twitter page, @agrehrl – a shot a short video of her at the beach with average light, average background.

Great example, @matthewrehl. Natural light is great for video whenever you can use it — and the sun's not too bright. I'm heading outside now!