A few weekends ago I was on comment monitoring duty for Mayo Clinic and started to see displeased tweets rolling in about a research study.

Someone tweeted the following concern to about 18,000 Twitter followers: 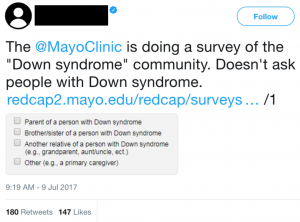 That tweet resonated with people, evidenced by 180 retweets and 147 likes.

Another person called the study shameful, and yet another questioned the validity and reliability of the survey questions.

One mother chimed in:

Since this took place over the weekend, one Twitter user announced his plan to call Mayo Clinic on Monday.

I informed the study’s principal investigator (PI) about the online consternation. On Sunday the PI had also received a media inquiry about this.

Then, the PI made a bold recommendation. She suggested she enter the dialogue using her personal Twitter account, to directly address the concerns and take the conversation off of Mayo Clinic’s main Twitter account. So, Mayo Clinic replied:

The PI wrote a four-part response to the Twitter concerns: 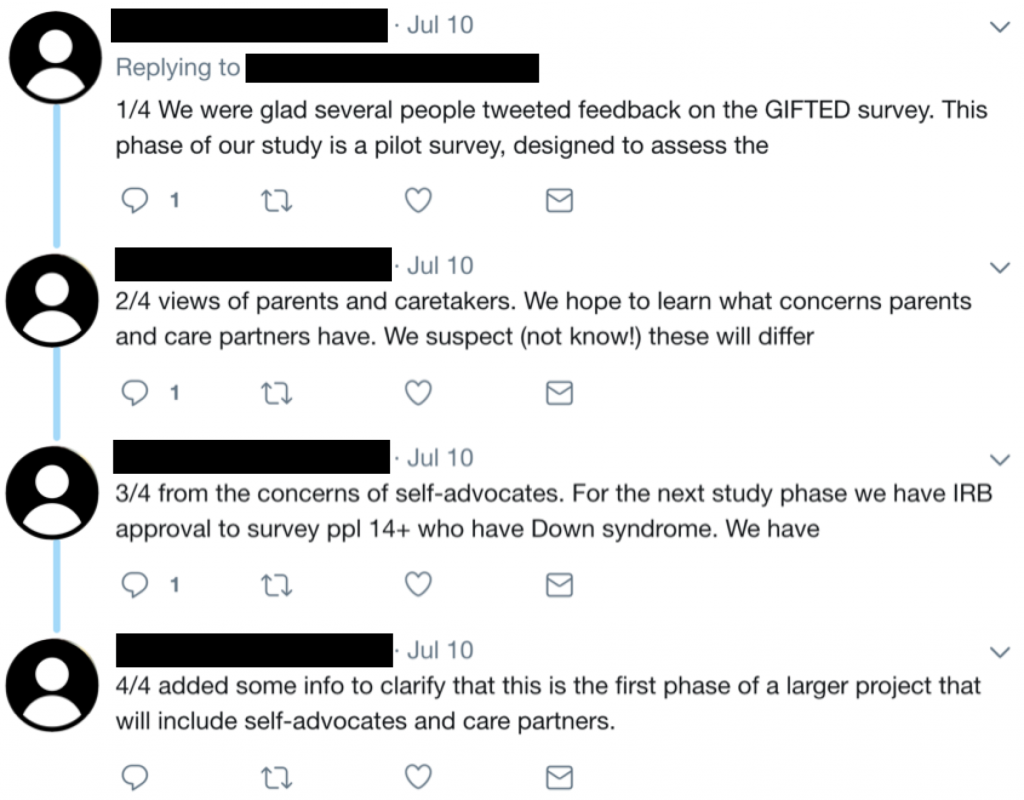 In further dialogue, she tweeted:

She also wrote a lengthy reply to the media inquiry, which was routed through Public Affairs, before being sent to the reporter.

There were many reasons why the study was set up the way it was, such as why a separate survey with different questions was to be used for those with Down syndrome, in comparison to the caregiver survey. Ideally, the research group would have been able to explain more context in the introductory text. However, explaining the context of a study while not biasing prospective participants in ways that may cause them to change their responses is a delicate line to walk. Admittedly, the introductory text for this study could have initially stated this survey was for caregivers. The research team learned from the valuable feedback and updated the intro text slightly. Of note, if this is done, the IRB needs to also approve the text before making the change.

The Twitter community appreciated the PI joining the conversation. She received tweets of gratitude from those who had previously sent tweets of concern. The PI said the feedback had been “extremely valuable in giving them a new perspective on how patient populations were looking at this issue.”

What about the media inquiry? In the end, there was no story to be written.

Makala Arce is a Senior Communications Specialist at Mayo Clinic and a member of Mayo's Social & Digital Innovation Team.